Four months after two devastating earthquakes struck the country, Nepal is slowly getting back on its feet. As the peak tourist season gets underway, travellers can help the country recover by booking a holiday. 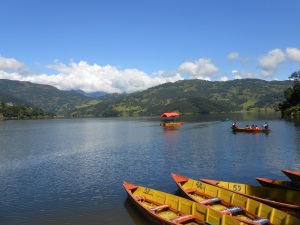 Why should you go?

Tourism is a vital part of the Nepali economy, directly supporting almost 500,000 jobs, and indirectly supporting many more. “Tourism is the backbone of Nepal’s economy, the major employer” says Ramesh Chaudhary, a leading guide. “Nepal’s economic sustainability heavily depends on tourism. Tourists can help alleviate poverty by traveling in various parts of Nepal. The number of tourists decreased drastically aftermath of the earthquake, but they have started coming again.”

In July the UK Foreign and Commonwealth Office and the US State Department both softened their travel warnings for citizens visiting most parts of Nepal. Although travel companies cancelled trips in the aftermath of the earthquakes, many are now running tours for the post-monsoon peak season, which runs from late September to late November.

“Following the earthquake we were overwhelmed by the response from our customers inquiring after the wellbeing of the local guides and partners we work with in Nepal,” says Lloyd Kane, senior manager at Rickshaw Travel, which is running a range of trips this year. “We have been speaking to our partners in Nepal every day since the incident and recently sent a team of senior staff members out to Kathmandu and the surrounding area to offer their support and find out what it’s like to travel in the country. They reported that life in Kathmandu is slowly getting back on track, hotels are open and ready to welcome guests and the country is as beautiful and hospitable as ever.”

Where can you go?

The earthquakes affected 14 of the country’s 75 districts. Although the devastation is extensive in these 14 central districts – they will take many years to recover, and travellers should avoid them for now – the remaining 61 survived relatively or completely unscathed and are safe to visit. For example, the tranquil lakeside city of Pokhara, the national parks of Chitwan and Bardia – home to rhinos, elephants, tigers and a wealth of other wildlife – and Lumbini, birthplace of the Buddha, all escaped major damage.

The capital – and the surrounding valley, the country’s cultural heartland – was badly affected by the earthquakes, but is now getting back to normal. In July UNESCO decided not to put seven Kathmandu Valley World Heritage Sites on its “danger list”, and they are now open to the public again. Some – including the mesmerising Buddhist stupa at Boudha and Pashupatinath, Nepal’s holiest Hindu pilgrimage site – were largely untouched. Others, such as Kathmandu’s Durbar Square and the Swayambhu Temple, suffered significant damage, but restoration work is underway.

“Generations of skilled artisans have built and rebuilt these sites over the centuries,” says Mads Mathiasen, who runs Nepal-based tour operator Himalayan Trails. “The heritage is not only in the bricks and mortar we see today. It is also in the spirit of the place and the connection of the people who live here, worship here and maintain these areas, including rebuilding the physical structures after earthquakes, fires or  other types of damage which inevitably occur over time.”

More than 90 per cent of Kathmandu’s hotels and guesthouses, particularly those in the tourist hub of Thamel, have reopened. Look for one with a green sticker, which indicates that government engineers have assessed it as safe: for a list of hotels with the green sticker, visit this site. Most restaurants and travel agencies are also open for business, there is electricity (though the regular pre-earthquakes power cuts continue) and internet access, and ATMS are functioning as normal.

How do I get there and around?

Kathmandu’s international airport remained open throughout the earthquakes, and continues to be served by a wide range of airlines. Most of the regional airports and the major roads are also open, and outside of the worst-affected areas, it is straightforward to get around.

Can you go trekking?

Yes. Miyamoto International, a major engineering firm, has carried out assessments of the major trekking areas. It judged that both the Everest and Annapurna regions will be safe to trek in after the monsoon. The Trekking Agencies’ Association of Nepal is overseeing assessments of other trails, and says most of the other popular trekking regions – excluding Langtang, Rolwaling and Manaslu – are also safe.

It can be a tricky getting insurance for trips to Nepal, though the situation is likely to improve over the coming weeks and months: travel agencies can provide the latest advice.

Where can you find out more?

Nepal’s tourist industry runs a useful Facebook group. The About Nepal Now website, a collaboration between travel experts and the Nepal Tourism Board, will be similarly helpful when fully up and running.

A version of this article first appeared here.

Each day, at around 11am, a strange combination of sounds – excited laughter, lots of splashing, the occasional burst of trumpeting – can be heard drifting through the village of Sauraha in southern Nepal: elephant bath time has begun.

This ritual takes place in the Rapti River, which separates Sauraha from Chitwan National Park, home to the endangered one-horned rhino. After a busy morning carrying tourists around the nearby Community Forest reserves, a procession of dusty pachyderms are led by their mahouts to the river for a good scrub down – and travellers are welcome to join in the fun.

After they have waded in, the elephants delight in shooting jets of water into the air from their trunks, wallowing on their sides while layers of mud are scraped off and, from time to time, even dumping unsuspecting riders into the river. In theory it is only the elephants that are there to be washed, but in practice anyone in the vicinity is given a good soaking too. This magical experience produces a childlike glee in even the most sober and straitlaced adult – and the elephants appear to enjoy it almost as much.

Before taking part in bath time, it is well worth visiting the Elephant Breeding Project, 4km west of Sauraha, where elephants are trained to work in the park. It is home to several adult male elephants, a harem of females for them to breed with and usually a number of impossibly cute calves.

While it can be difficult to tear yourself away from the elephants, the small information room contains a list of verbal commands that should prove useful during bath time – if you manage to master the pronunciation. Mail means “stand up”, baith means “sit down” and – perhaps most appropriately – chhop means “spray water”.

Find out more in The Rough Guide to Nepal.

“I sit beside the dark / Beneath the mire / Cold grey dusty day / The morning lake / Drinks up the sky / Katmandu I’ll soon be seeing you / And your strange bewildering time / Will hold me down.” Katmandu, by Cat Stevens 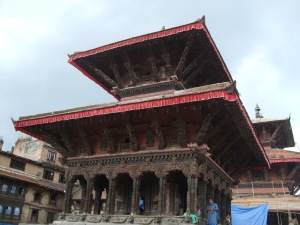 For many travellers the neighbourhood of Thamel is Kathmandu.

This cacophonous tourist ghetto is a patchwork of hotels and guesthouses, restaurants (serving everything from Tibetan street food to Turkish kebabs), bars, cyber cafes, and trekking, rafting and mountain-biking agencies.

Some travellers visiting the Nepali capital nowadays barely leave Thamel, but it wasn’t always a tourist hub. In the 1960s and early 70s, with the hippie overland trail at its height, and Nepal a key stop-off on it, travellers congregated in Jhochhe, a 20-minute walk south of Thamel.

Just off Durbar Square – site of the former royal palace, temples, monasteries, and Kumari Chowk, home of Nepal’s “living goddess” – Jhochhe became the hippie centre of Nepal to such an extent that it soon became known as Freak Street.

Amongst the multinational cast of travellers who visited the area in search of the “mystic east” were the Beatles and Cat Stevens – the latter even wrote the song Katmandu (which he spelt without the “h”) in tribute. A series of “pie and chai shops” selling sweet Nepali tea and cakes sprung up. Hashish was legal then and ubiquitous. Rock and roll rang out.

Today there are only distant echoes of those heady days. Freak Street still has a handful of low-cost, atmospheric lodges, a scattering of evocative signs (such as “Mr Kools Munchies and Drinks Store”), and – most notably – the legendary Snowman cafe.

The Snowman, which has been operating continuously since 1965, is the only surviving “pie and chai” shop. A low-lit joint with just a handful of tables, it has the kind of cool that never goes out of fashion.

Unusually for Kathmandu, the Snowman attracts both locals and foreign visitors, who come to soak up the atmosphere, admire the psychedelic paintings, sip a cup of tea and – of course – sample a slice of apple pie or chocolate cake.

The hazy atmosphere is now due to cigarettes rather than hashish, but little else has changed and it feels – if only briefly – as if the 1960s had never ended.

The Rough Guide to Nepal